A rainy street. A thin, puffy-haired man named Spike Spiegel smokes a cigarette. A rose falls into a puddle. A shoot out in a dark building. A wicked smile.

JET: Asimov Solensan. This is our next target.

JET: He's a high-end of the syndicate that deals all around the asteroids.

JET: This guy's name is Asimov Solensan. Weren't you listening to me?

JET: You do when you're broke!

SPIKE: What happened to the 1 million Woolongs we got as bounty from that last guy?

killed all the dough: 全ての金がなくなった。パーだ。doughはスラングでお金。正式な意味は生地。

JET: Three days ago, there was a shootout between his group and an enemy syndicate. He killed his own men, and took off. They say he's hiding with his woman in Tijuana.

SPIKE: That's a place for nobodies to go.

JET: Despite being a nobody, he's worth 2.5 million.

JET: Tijuana... The beef there is REALLY tasty...

They exit of the hyperspace rings. Recorded voices in different languages begin to speak.

RECORDED VOICES: Attention, please. We will soon arrive at the gate. We look forward to serving you again. Please line up single file at the tollbooth after clearing the gate. Please pass by after switching the credit sensors to debit mode.

A digital receipt for 7500 Woolongs.

JET: I'll head over after hitting the cops for clues.

JET: Can you trust that old guy?

JET: Such an easygoing song.

Jet turns off the magnet on the deck. Swordfish floats off the deck and blasts off.

ANTONIO: This again? Goddamn sonofabitch! Man, you're totally ripping me off, but do ya realize the reason you can live here is because I dug that gate with all my might, ya hear?

CARLOS: This again. You always say that when you lose. We all dug the gate together, remember?

JOBIN: That we did... We dug like there was no tomorrow...

Asimov and his girlfriend, Katerina, enter. Katerina appears to be pregnant.

KATERINA: And I'll have a Bloody Mary.

BARTENDER: I got vodka, but unfortunately I'm out of tomato juice.

ASIMOV: I'm sure there's ONE CAN in the back room...

Asimov flashes a vile of eye spray from his coat.

The bartender and Asimov walk into the back room.

Outside. The men surround the building.

The back room. The bartender tosses Asimov a spray mechanism.

BARTENDER: Prove to me that it's the real thing.

The bartender is shot in the head. The old men hide under a table. The room is littered with glass and debris. Katerina returns fire behind the corner of the counter. Asimov dodges bullets and kills the men.

A tent somewhere on Mars. A tribesman, Laughing Bull sifts sand through the palm of his hand. Spike watches impatiently. 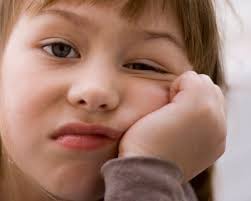 SPIKE: This is dandy, but you got anything to eat?

BULL: The red-eyed coyote will appear at the north end of town. That is what I see.

BULL: You, "Swimming Bird." You shall meet a woman. You shall be targeted by that woman...

SPIKE: I've already died once. Got killed by a woman.

BULL: You take women too lightly.

BULL: May he be blessed by Wakantanka.

The mess at "El Rey." The cat licks a puddle on the floor. Jet enters and picks up a bottle from behind the counter.

JET: Presidente? I'll have a glass on the house.

THUG A: Damn. Asimov sure lost his head.

THUG B: No shit. We gotta do something before the cops start moving.

THUG A: Ya wanna leave it to the cops? He IS using those eyedrops. There's no way we can win.

Jet taps a Thug B on the shoulder.

Jet smashes the bottle over Thug B's head. Jet puts Thug A in a headlock and puts the broken bottle near his face.

JET: Can you give me specifics?

The Swordfish flies over farmland.

Asimov retches in a sink. Spike exits the stall and washes his hands at the sink next to Asimov. Asimov reaches into his coat for a gun.

SPIKE: It's better to leave the water running. Or it'll clog.

Outside the public men's room. Spike bumps into Katerina, spilling her bag. Spike picks the food off the ground.

Spike puts a few items into her bag.

Spike turns around, mouth full and pulls a hotdog out of his mouth.

KATERINA: Ew! I don't want that anymore! You can have it!

Spike pulls out more items from his jacket. Katerina smiles. Asimov enters from a corner and spots them.

SPIKE: I'm really sorry, honest. Felt like my stomach was going to be glued to my back.

going to be glued to my back:胃が背中につく、腹が減っているの意

SPIKE: It's an old model. She's been with me for over ten years.

KATERINA: Looks like you've gotten a lot of use out of it.

SPIKE: I travel around a lot.

Spike twirls a cigarette between his fingers.

KATERINA: I can't tell if you're for real or just joking.

SPIKE: A lot of people say that about me.

KATERINA: Been to Mars yet?

SPIKE: I was born on Mars.

KATERINA: They have everything there. Unlike here, Mars has lots of people, lots of things. They must live happily there.

SPIKE: Only the rich.

KATERINA: Then I'm sure we'll be happy there.

SPIKE: Your planning on escaping to Mars? Running away... but how far can you go?

KATERINA: Who are you?

KATERINA: You're not going to catch us?

Asimov chokes Spike from behind him.

ASIMOV: YOU are the nobody!

Asimov lets go, Spike reaches into Asimov's coat as he falls to the ground.  Asimov and Katerina drive away.

ASIMOV: Why did you stop me? I coulda killed him in one second.

KATERINA: You're tired. If you don't do this anymore...

ASIMOV: He was young and attractive.

JET: A nap. How peaceful.

SPIKE: I had a good dream.

JET: That's great. Then you can see the rest of that dream on the Bebop.  I'm giving up on this one. It's impossible to catch him. There's no way we can win. When Asimov left his syndicate he snuck something out with him. The top-end stuff of all the illegal eye drops that the syndicate makes. He took off with all of the drops, so the group is in a mess. They wanna catch him, but all they get back are corpses.  Because Asimov is using it... The eye drops known as "BLOODY-EYE."

SPIKE: They're planning to go to Mars.

SPIKE: But before that, they'll sell THIS off.

SPIKE: I grabbed it from his breast pocket.

SPIKE: The red-eyed coyote will supposedly appear at the north end of town.

A police car zooms by Asimov and Katerina's parked car. They exit.

Denis Bar. The three old men play cards at a table. Antonio throws down his cards.

ANTONIO: This again? Goddamn sonofabitch! Man, you're totally rippin' me off, but do ya realize the reason you can eat well around here is because I cultivated the land with my buddies, ya here?

CARLOS: Yeah, and that's us.

JOBIN: That we did... We planted those seeds like there was no tomorrow...

CARLOS: You were always planting "seeds" of a different kind, though!

Asimov and Katerina walk by. Asimov sits down next to a Spike disguised in poncho and sombrero.

ASIMOV: You have any Bloody Marys?

SPIKE: I only got beer.

ASIMOV: I'm in a hurry. I'll find others if you don't want it.

Asimov reaches into the coat and finds that the vile is missing. Spike holds up the vile.

SPIKE: Lookin' for this? Hey, do you know what YOU are worth?

SPIKE: Only 2.5 million Woolongs. You're such a cheap guy.

Spike takes off the sombrero.

ASIMOV: Since when are you a buyer? Did you give up on bounty hunting?

SPIKE: No thrill in cheap bounties.

ASIMOV: Looks like you do better as a thief. Give it back.

SPIKE: Sure I will. I owe you one.

Spike tosses the vile into the air and shoots it with his gun. He rushes into, dodges his blows and beats him up.

SPIKE: You trust your eyes too much. You're not a chameleon.

Spike takes off the poncho.

SPIKE: You can't see everywhere all at once.

Spike continues to beat him up. Katerina points a gun at them, hands shaking. A black fighter shoots from the air. They run for cover.

Gangsters in a car chase Asimov and Katerina.

Spike chases after the car.

GANGSTER: That way! That way!

Spike climbs to the roof of the car and proceeds to beat up the gangsters who reach for him through the windows.

Katerina points her gun at a man refueling his ship.

Asimov boards the man's ship. Gunfire from above rips a hole in Katerina's dress near her belly. Viles of eye spray fall from the hole. She struggles to retrieve the viles. Katerina boards the ship.

ASIMOV: IDIOT! We're doomed if this breaks! Be more careful!

Gangsters in cars pull up and open fire on Spike. Spike leaps behind the car. The two cars are lifted by the Jet's fighter, the Hammerhead.

JET: Sorry to keep you waiting.

Spike sees Asimov and Katerina take off in the stolen ship.

Two black fighters chase and shoot at them.

Inside the stolen ship, Asimov is trembling.

In the stolen ship. Asimov holds a vile of eye spray to his eyes.

KATERINA: Stop! Doing any more is insane! Don't do it!

The chase continues in space. Katerina sees the police ships.

KATERINA: We can't run anymore... There is no way we can get away...

Spike flies next to the stolen ship. Katerina has shot Asimov in the head. (compare to Julia/Faye)

The police ships completely shred the stolen ship with gunfire. Katerina floats in space, the vials of eye drops flow out of the hole in her dress.

The Bebop. Jet tosses bell peppers in his wok. Spike is looking out at the stars, pensive.

SPIKE: Well, and so this program is finally under way.

JET: What's the meaning of all this?

SPIKE: Next week, we're completely changing gears to show an anime for all ages.

JET: Was it that kind of a story?

SPIKE: But Dr. Doolittle WON'T be making an appearance. From little kids to the elderly, if you love animals...

SPIKE: Everyone gather around and watch the show.

JET: Is it alright to say stuff like that? I'm not responsible for anything!

SPIKE: But there is one favor to ask right now. Good little kids should sit far from the TV when watching this show.

SPIKE: Stand back about a kilometer.