BULL: One who has finished his battle somewhere on this planet... A pitiful soul that could not believe in the Great Spirit...

LIN: The report from Callisto went directly to Sir Vicious. He is requesting a deal for Red-Eye. 30,000 Woolongs per gram. A total of 7500 grams.

WANG LONG: Why did he specify you as the dealer?

VICIOUS: He is a Titan veteran. We were in the same unit.

SOU LONG: Why does he rely on you now?

VICIOUS: Callisto is undergoing a depression right now. If he can't see the future, he is sure to worry.

PING LONG: All the more reason to keep our hands out of that moon.

SOU LONG: Vicious, are you not the one that is worrying?

PING LONG: You have no permission to make your own decisions.

SOU LONG: Regardless of who it is, those who go against the Van's will are punished.

VICIOUS: You believe that I would betray my own mentor?

WANG LONG: Lin... You shall go with Vicious.

VICIOUS: To me, no cold climate is worth taking precautions for. 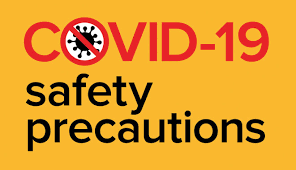 WANG LONG: It is true that the planet is warmer than your heart. Your heart is colder than a snake's skin.

Vicious stands from his seat and begins to exit.

The rotating part of the ship.

VICIOUS: I will be fine by myself.

VICIOUS: Remember this. If you want to survive, you must betray me at times.

LIN: No, never. That would go against the Van's will.

VICIOUS: Such old-fashioned thinking makes me nauseous. Those damn corpses!

LIN: I will protect you, for the honor of the Red Dragon. 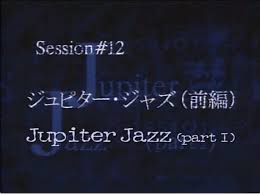 The Bebop. Spike wakes from a nap on the couch.

He spots Ed on her computer.

SPIKE: Where are the others?

Ed gestures with her head.

SPIKE: What a depressing bunch...

The control room. Jet, among floating nuts and bolts, examines the ship.

SPIKE: What's with this humidity? It's so muggy that I can't sleep!

JET: Oh, it's just a breakdown.

Spike catches it and reads.

SPIKE: "It'd be hard for me to do if I saw your faces so I'm leaving without seeing you one last time. PLEASE don't look for me." That wench...

JET: She sucked out all the antifreeze from the radiator. It'll be out for at least half a day.

SPIKE: Even if she didn't pull this stunt we wouldn't look for her. Right?

JET: She emptied out the safe as well.

Spike and Jet approach Ed to look for Faye on the internet.

SPIKE: Are you really looking for Faye?

SPIKE: Are you just wasting time?

JET: Is there anything else to do right now?

SPIKE: You found her?!

SPIKE: Where is that coming from?!

SPIKE: Where's it going to?

ED: It got disconnected...

ED: But... Actually, there are no girls in Blue Crow. Honestly...

The rotating part of the ship. Jet chases after Spike.

JET: This is a lawless area. A woman surely can't survive wandering about all alone!

JET: Plenty of sympathy... for the money she ran away with!

JET: You're gonna have nothing to do with this? That's right. We only go so far. Even if you come back, there won't be a place for you here.

SPIKE: Can't do anything about it. I'm sure you're not as lonely now that you have more strange roommates.

JET: Me? You stayed here just for that reason? You're being stupid! It's been three years since I teamed up with you. But I never knew you looked at me that way! I was under the impression that YOU were the lonely one!

SPIKE: Well we got rid of that misunderstanding.

JET: Good riddance! Now we'll have more money for food! I never did understand you, even to the very end!

SPIKE: I don't understand, either.

Swordfish II takes off for Calisto. 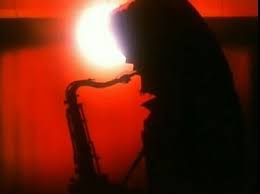 A junkyard. A man smashes monitors with a large mallet.

MAN: I don't know any woman. Like I would know!

SPIKE: Not even a rumor?

MAN: I have no luck with 'em! I'd rather be with an armadillo!

SPIKE: Have you heard of the name Julia?

MAN: You should a said so earlier! There's one in front of Tony's place every night!

On the street. Spike approaches a blonde drag queen.

JULIUS: Hey, you're my type. Wanna hang out with me tonight?

JULIUS: Oh, yeah. Gren might know something... I've seen him with a woman before.

DRAG QUEEN A: It's cold.

DRAG QUEEN B: Looks like this is it for tonight.

DRAG QUEEN A: Oh, a customer?

JULIUS: Not even. Can't you tell he's straight? Come on, let's switch locations.

SPIKE: Hey, who and where is Gren?

JULIUS: So you wanna hang out with me tonight? He's a sax player in Blue Crow.

Faye turns and sees him

GREN: That was close. When someone sneezes and doesn't get told to take care, that person becomes a fairy. That's what they say around here.

FAYE: Then it's okay. I'm already a fairy.

Gren puts his coat over her shoulders.

FAYE: I'm not as easy as I appear to be.

GREN: But the others seem to be highly interested. You didn't know that there were no women in this town?

GREN: You should watch out...

Faye tosses Gren's coat back to him.

FAYE: Thanks for the warning.

Spike walks down a dark alley and finds a suspicious man.

SPIKE: I'm searching for something...

MAN: There's nothing here. The only things are stale bread, a broken-down car, and rancid booze.

Spike continues on his way. The suspicious man and several men in oxygen masks follow Spike. Spike runs into a dead-end.

SPIKE: Hey, you need something?

MASKED MAN IN FRONT: If ya don't put out, it won't do ya any good!

SPIKE: This is annoying... So annoying it's repulsive!

Spike beats the living daylights out of the lot of them. He puts the suspicious man in a head lock.

SPIKE: What the hell do you mean?! Why the hell am I Vicious?

MAN: There was info that there was gonna be some deal for Red-Eye. From Gren to Vicious. I thought of taking that cash...

SPIKE: You think I look like I got money?

MAN: Foreigners are all rich.

SPIKE: And the code name was Julia?

MAN: Heh... Sure sounds like some easy wench's name!

Spike knocks him out.

A shady bar. Jet enters. Big Shot is on a monitor.

BARTENDER: There are no bounties around here.

BARTENDER: Oh, THAT Cowboy. I knew that. You can't possibly be a bounty hunter.

PUNCH: Yeah. He escaped from military prison three years ago and the statute of limitations is about to expire.

JUDY: And that means?

PUNCH: The bounty is double!

JUDY: This is a chance you can't miss! But I kinda feel like we can let him go...

PUNCH: Judy, what are you saying? He's an escaped convict!

Jet takes out his communicator forgetting he is ignoring Spike. He remembers and put it back into his coat.

JUDY: Punch, I just can't laugh at that joke...

JET: Hey, can you turn that thing off?!

The bartender turns off the monitor.

He points to an unconscious man in sitting to the side.

BARTENDER: That guy passed out over there is a cop.

JET: What do ya wanna say?

BARTENDER: Actually, there's a bounty on my head, too. This place is a hideout for people like that.

BARTENDER: So you can rest assured.

The bartender gives Jet a thumbs up. Jet sighs.

FAYE: What's with this? I wanted to get rid of all this frustration, and nobody's coming?

She turns around and spots the group Spike beat up earlier.

MAN: Miss, your appearance is rather harmful to the eyes. Or are you enticing us?

She puts on leather gloves.

A masked man charges at her.

She dodges and kicks him in the back. The suspicious man charges at her. Gren, out of nowhere, smashes the man's face against his saxophone case.

GREN: Because you said you're a fairy. Why did you come with me?

FAYE: 'Coz I got no place to stay.

GREN: You can trust me that easily?

GREN: I might take your money and kill you...

Faye picks up a small music box and winds it. Gren grabs it out of her hand.

GREN: It's broken. You came to such a slummy neighborhood all by yourself?

FAYE: I'm alone. I don't want comrades and it's not worth having any... I end up worrying about things I don't have to... You know, 'coz I'm such a good woman... All the guys end up fighting for me. They often say that humans can't live alone... But you can live pretty long by yourself. Instead of feeling alone in a group it's better to be alone in your solitude. When I'm dealing with them, it's nothing but trouble and I don't get squat out of it... So it doesn't matter if I'm there or not...

GREN: You just got scared of losing them. So you distanced yourself from them.

FAYE: I don't know why I'm talking to you about this... I feel like I'm in a confessional... Have you ever had experience as a minister?

They look into each other's eyes. Suddenly Faye sneezes.

GREN: Take care. You want to take a shower?

FAYE: No, thanks. I don't know where peeping toms might be...

GREN: You shouldn't peek, either.

FAYE: Hm, I can't guarantee that.

Faye looks at photographs on Gren's wall. She sees a familiar face. Suddenly the phone rings. The answering machine picks up the call.

VICIOUS: Gren... You're not there?

VICIOUS: He used to work under you, but things are different now.

SPIKE: I feel sorry for her. Having her name used for some crooked deal like this.

Gren's apartment. Armed, Faye goes into the bathroom where Gren showers. She pulls away the shower curtain. 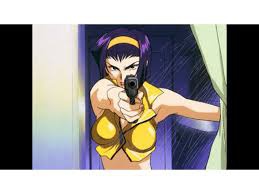 SPIKE: Get out of the way, Lin!

VICIOUS: Julia was here, in this town.

Even more shocked, she peers down to see a set of male genitalia.

GREN: I am both, but I am neither.

SPIKE: Hey... How are men and women different?

FAYE: Hmm... I think women are hiding more vital things than men are.

SPIKE: Yeah... but there are women that aren't feminine.

FAYE: And there are men that aren't masculine.

SPIKE: What about those that aren't normally feminine but show that side on some chance circumstance? I like that.

SPIKE: I'm not talking about you.