Red Tail floats in Jupiter space. Faye devours packs of space food in the cockpit. The panel displays "EMPTY." Faye spots a ship on her radar. 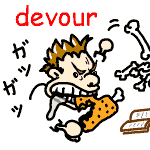 FAYE: Someone's here! Hello there! You approaching this area, can you see me? I'm a little troubled because I'm out of gas... Can you take me to Ganymede?

The ship flies away.

FAYE: Oh, dammit, why does everyone...? Why don't they stop? 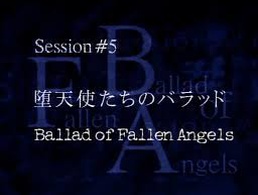 A seafood restaurant in Jupiter space. Spike and Jet sit at a table. Spike flips through a menu.

JET: This sea rat used to be raised in the oceans of Ganymede. After the gates stabilized, food was no longer scarce. And so, now the ones in the wild get eaten by those who have a fancy or them.

SPIKE: So is it good?

JET: It's totally disgusting. It's just expensive because it's a Ganymede specialty.

SPIKE: Then it's no good. I'll have the lobster rice.

Spike orders it with his menu.

JET: That doesn't look good, either.

SPIKE: Well, I thought I'd go for something expensive while I'm at it.

JET: You mean, because we'll soon have some money?

Twinkle Maria Murdock and her boys, the "Space Warriors," eat at another table.

WARRIOR A: To think that Gould was a spy...

WARRIOR B: But, Mom, don't worry. We sunk his ship.

MURDOCK: It's all right. One vial nowadays doesn't mean much... Let's continue the deal as we initially planned. But... who was in charge of watching the house then?

The boys pause. The one named Harrison speaks.

MURDOCK: It was you, Harrison?

Morgan's image in through the glasses changes into his face before plastic surgery.

JET: No doubt. It's Morgan.

SPIKE: Then shall we go before we get breakfast?

MURDOCK: Hey, kid, did you know that the Ganymede sea rat is a very intelligent and kind animal?

The Space Warriors open fire on the people of the restaurant.

Spike and Jet hide under a table.

VOICE: We, the Space Warriors, work night and day to preserve the environment and protect endangered species all over the universe.

JET: I remember now! That lady's worth 25 million!

Murdock and her boys prepare to leave.

SPIKE: This is the end, Mademoiselle.

SPIKE: Don't move! Do you want to see your mom in pain?

WARRIOR: Who are you?

SPIKE: That's a problem... He was gonna put food on our table. But he's worth nothing compared to the 25 million that you're worth...

The Space Warriors point their guns at Spike.

WARRIOR B: Let go of Mom!

MURDOCK: Stop it. These guys are bounty hunters. We can't do anything.

SPIKE: Come on... If you don't go now, the cops are gonna arrive!

Harrison reaches out for Murdock.

SPIKE: Lucky you, Harrison. Your mom won't be back for a while.

FAYE: H-Hey, wait a minute! What does he want me to do?

The Bebop. Jet flips through image files depicting the Space Warriors' history. Murdock is tied to a chair.

JET: More like environmental terrorists. They're called the Space Warriors.  They used to be a good group working on environmental preservations and the protection of endangered species. But since their leader changed two years ago, their focus drastically changed. They are only a few members but now they're even worse than a lot of syndicates out there. They're especially keen on protecting the Ganymede sea rats.  And she's the leader of this

MURDOCK: Please, don't associate us with terrorists! We are warriors of peace, fighting for the law of nature.

SPIKE: Yeah, yeah. And where can we get the 25 million reward?

JET: The Ganymede government. But we can't cash in.

JET: I'm checking on it... The government canceled the reward yesterday.

FAYE: When you're told not to open it, the more you want to.

FAYE: I didn't open it! This thing opened by itself!

CHIEF: So, as you requested, we have canceled the bounty and we are debating about

prohibiting the fishing of sea rats on Ganymede as well.

CHIEF: As I said, we haven't gotten word of Twinkle's capture! If we can find out who captured her...

WARRIOR: If Mom doesn't come back we'll set that plan into action immediately.

CHIEF: W-Wait! We're not going against your wishes...

The Space Warriors hang up.

The Red Tail. Faye examines a strange capsule from the case.

FAYE: Doesn't look like it would ease my hunger.

JET: Wait a minute, that terrorist ace we saw isn't on the records either!

MURDOCK: See? I told you that you couldn't do anything. So you can just let me go.

JET: I don't get it... There's something behind all this.

FAYE: Hello there! You approaching this area, can you see me? I'm a little troubled because I'm out of gas...

FAYE: Can you take me to Ganymede?

FAYE: Please? Even getting a little propellant would be wonderful! 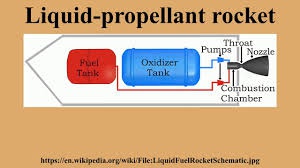 Faye looks out, and sees the Bebop.

Spike examines a pile of junk. Faye is cuffed to a handrail in the living room.

SPIKE: Then, what? You spent all the money you took from us at the casino?

FAYE: As they say, "Money makes the world go round."

SPIKE: They also say, "thieves have no compassion." How is it over there?

SPIKE: Man, there isn't even anything worth keeping... Huh? What's this?

Ganymede. The chief in his office on the phone.

CHIEF: Yes... I still don't know where that virus is... Yes, Mr. President... We will continue to

He hangs up and immediately receives another call.

OFFICER: The one who nabbed Twinkle... 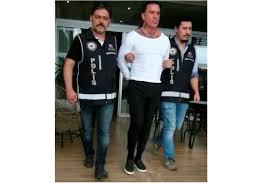 CHIEF: You found them?!

Spike struggles to open the capsule.

SPIKE: And, that guy told you to take this to the ISSP?

FAYE: Yup. Doesn't that look like it's worth something? So how about we call it even?

Jet speaks to an officer named Bob via videophone.

BOB: Nothing is really up. The bounty has been canceled. They're saying you should let her go immediately.

JET: Hey, Bob. When we worked in the same department a lot of the confiscated eye drops disappeared, you know. 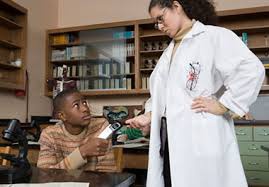 BOB: W-What do ya wanna say?

JET: If you wanna work until retirement age isn't it a better idea for you to go along with me?

BOB: Oh, all right. I get what you're saying.

Spike steps on the capsule.

BOB: The guys are threatening under the mask of "negotiation." They're holding the 8 million residents of Ganymede hostage.

JET: What do you mean by that?

BOB: They basically kidnapped the leader in virus technology and created a virus to their liking. The virus is called Monkey Business. They say that humans and monkeys only have a 2% difference in DNA structure and apparently this virus acts on those two percent. So that virus selectively acts only on humans.

FAYE: Why don't you give up?

BOB: We lost contact with the ISSP spy that infiltrated their group so we had no other option... 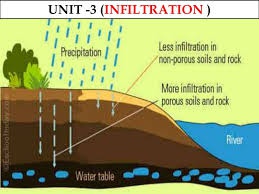 JET: So you're going to agree to their terms?

Spike sets the capsule down and draws his gun.

JET: Man, this was a big one that we caught, too!

BOB: It's orders from up above! WE couldn't do anything about it!

The Space Warriors' ship attaches onto the Bebop.

OFFICER: The release procedure has been completed. We will continue to monitor her using

OFFICER: It will be ready in about an hour.

CHIEF: Get the chemical tech group as well. Don't do anything until we know where the virus is.

OFFICER: Sir, a communication from Twinkle.

Murdock appears on the central monitor.

MURDOCK: Long time no see, Minister. About that promise we made...

CHIEF: So... about the sea rats, we will keep a stable population using limitations on hunting them...

CHIEF: W-Well, we will look at the demands in a positive light...

MURDOCK: Looks like you need some punishment to understand.

In the Space Warriors' ship. Harrison is locked in a capsule.

HARRISON: Mom! I don't want to become a monkey! MOM!!

OFFICER A: Alpha 1-0-5 to headquarters. The target has entered the wasteland area.

OFFICER B: Man, they're too easygoing.

The police ships leave the area. Out of the debris, the Space Warriors' ship takes off.

The Bebop in line at the entrance of a hyperspace gate.

BOB: Jet, can you hear me? Turn on channel 72 and watch it! They're broadcasting from their own satellite!

MURDOCK: This isn't just about the sea rats. Humans, with their culture have escaped from the great system of nature and are committing crimes that cannot be amended. Those that don't realize this are what you could call "bugs" in the nature system.

BOB: That ship was a decoy!

JET: Where are they broadcasting from?

SPIKE: It's near here. They're in hyperspace!

MURDOCK: Monkey Business, our virus takes such humans and returns them to nature. Understand? Au revoir.

Murdock launches a large missile, heading strait for the Ganymede.

BOB: Good news, Jet! The Ganymede government has reestablished the ransom on Twinkle and company!

SPIKE: This is our chance! WE'RE the only ones around here!

BOB: But just catching them won't do. If the missile falls, there'll be nobody here that can pay the bounty!

Faye refuels Red Tail. Ein is cuffed to a rail.

SPIKE: So there's nothing to bitch about if we get rid of the missile, right?

JET: But they're at the exit to a gate.

OFFICER A: What about the defense system!?

OFFICER B: 4 minutes and 30 seconds to impact!

OFFICER C: The system won't make it in time!

CHIEF: T-This is an emergency! Get the President!

The missile splits in three.

SPIKE: Jet! Get the last one!

JET: What?! There aren't any weapons over here!

SPIKE: If I wait for the next shot to fully charge, that thing'll hit Ganymede!

Faye appears on the monitor.

FAYE: Oh? Are you in trouble? How about for 80% of the earnings?

SPIKE: You've got to be kidding!

Jet opens the hanger door and Red Tail takes off into the gate.

SPIKE: Shit, will she make it in time?

Faye fires a missile. The missile explodes into countless warheads.

FAYE: What is this?

MURDOCK: Now all of you, become apes!

BOB: Jet! The guys from the government are closing down the gate!

BOB: They're going to enclose all of it in hyperspace, missile and all!

FAYE: Wait a minute, this isn't a joke!

Swordfish and Red Tail fly out of the closing gate.

Faye sighs a breath of relief. The astro-image of the missiles fly pass Red Tail.

JET: Didn't you learn in high school? Matter that gets enclosed in hyperspace can be seen but will never interact with matter in this realm again.

In enclosed hyperspace. The Space Warrior's ship floats by the closed gate exit.

WARRIOR A: Mom! The gate's closed!

The ship experiences a sudden jolt. The capsule containing the virus slips out of Murdock's coat.

Murdock recalls an earlier scene. Spike had slipped the capsule in her coat as Murdock was leaving the Bebop.

FAYE: So... this and that and no reward. All that work for nothing. Oh, don't look so down, we can make money next time. Well, I'll go take a shower.

SPIKE: Next time? Make money? Hey, Jet, what did she just say?

SPIKE: And she's off to shower without asking us... Hey are we gonna take all of this?

SPIKE: The supposedly broken music box starts to move and a nostalgic tune fills the air. I then happen to wake up from the dream. There is no such thing as a music box yet, there is a small music box nestled in my hand. And I awake from the dream again. As if I was peeling an onion, it's a dream no matter how far I go. I can never return to reality. Such a nightmare, this is. Next episode: Ballad Of Fallen Angels.

Next Session - BALLAD OF FALLEN ANGELS