Hyperspace rings over Mars. A skyscraper on Mars. A syndicate leader, Mao Yenrai, signs a deal with a leader of another syndicate, Carlos.

MAO: To our new relationship, and our new friendship.

CARLOS: And to prosperity. The view from here makes me sad that I must leave so soon. It's an amazing sight.

MAO: Next time, we should have dinner together. The Cantonese cuisine that our head chef makes is just about as superb as this scenery.

CARLOS: That's a wonderful invitation, however to think that I'd dine with an executive from the Red Dragon.

MAO: Rest assured, the food will not be poisoned.

MAO: I can finally take a breather. Thank God.

A thug holds a sword to Mao's neck. Mao's guards are killed. A black bird squawks. A man named Vicious enters with a black bird on his shoulder.

MAO: Doing things like this won't do you any good. Times have changed. The syndicate cannot survive just by fighting alone! 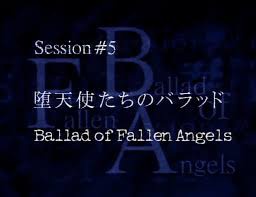 The Bebop. The monitor displays Mao. Spike shuffles a deck of cards.

JET: I don't feel up for this.

JET: I said I don't feel like doing this.

SPIKE: Then there's no choice.

Spike puts down the deck.

SPIKE: I can't burden you.

JET: Don't say stuff like that. You know who that is, don't you?

SPIKE: Good money. Easy to get info on him. We also have a lead. What makes you scared?

JET: Spike, you're deliberately avoiding the subject. Are you hiding something from me?

SPIKE: So... what happened to that arm of yours?

JET: What does that have to do with anything?

JET: So you have no intention of telling me?

SPIKE: I could ask you the same.

FAYE: Why is this door so damn narrow? Oh? Am I interrupting something?

JET: None of your business.

FAYE: We're supposed to be comrades. That's awfully cold of you.

JET: What do you mean, comrades? Troublemakers should keep themselves outta this.

Faye leans over the monitor.

JET: Don't look without asking us.

FAYE: What do you mean? He's just there on the screen.

JET: Spike! Shit, I won't be responsible for you!

FAYE: Mao Yenrai. A bounty of 28 million for the alleged murder of an executive from an opposing syndicate. Amazing! And you guys are after him?

Jet turns off the monitor.

FAYE: What, did you have a fight?

JET: Shut up. You're being obnoxious. 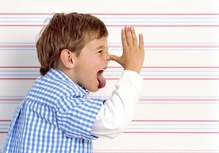 FAYE: You're such a kid.

JET: I said, your being obnoxious!

Jet slams his communicator sending the top card of the deck to the floor.

JET: He can do whatever the hell he pleases.

Faye picks up the dropped card. The video phone rings.

MAN: You there, Jet? I got something big for ya!

Faye sees that the card is the ace of spades.

A concert hall on Mars. Red Tail lands in front of it.

DOORMAN: Excuse me, madam, but I need to see your ticket.

DOORMAN: Then I am afraid that you cannot enter the hall...

FAYE: Can you park my vehicle for me?

Faye drops him her key for the Red Tail.

The Bebop. Jet looks for information on Mao in a secret internet database.

JET: If it's not one, it's the other. Why do they all do everything as they please?! There's a protective encryption on this thing.

JET: You worried? Just watch. These are decrypted like this...

JET: The bounty part sure seems to be true, but...

THUG A: We were waiting for you.

Another thug points a gun at her back.

THUG B: They are performing, so please stay quiet.

A convenience store on Mars. Two kids look at adult magazines. Just as they stuff the magazines in their shirts the store owner, Annie, catches them in the act.

ANNIE: Hold it right there!

The kids run outside. One of the kids trip. Annie, grabs him.

ANNIE: I'm not letting you get away!

The other kid bumps into Spike.

The kid notices that the magazine is missing from his shirt. Spike begins reading the magazine.

ANNIE: Really, kids these days...! I'll hand you over to the cops.

The kids slip away.

The store. Annie gulps down a full shot of liquor.

SPIKE: Hey, isn't it bad for you to drink it in one shot, Annie?

ANNIE: You coming back to life is worse on me than this glass.

ANNIE: The words of the dead are meaningless.

ANNIE: No, you died three years ago. That's how things work here. I know. The fact that you came here... means you have something you want to know, right? If it's not much, I can be of help.

ANNIE: Stop it! There are only two people that can call me by that name... So, what do you want to know?

SPIKE: Mao Yenrai. What happened to him?

FAYE: Mao-taijin? There's a reason for this...

The thug holds her key for the Red Tail.

THUG: We have done a background check already. Rest assured, it will be held in a safe location. Please, to your seat.

Faye sits down. She looks over to Mao. His neck is slashed.

A "CLOSED" sign hangs at the front window of Annie's store. Annie puts down a gun. Spike takes it. Annie pulls out and puts down a cigarette carton.

ANNIE: You know... I won't say anything bad to ya. Don't get yourself involved with Vicious anymore... But I know saying that is useless.

Spike opens the cigarette carton. Inside are rows of bullets.

ANNIE: You've never listened to what others say.

She takes another drink.

ANNIE: On top of it, you're a stubborn show-off! It can't hurt you to listen to your elders once in a while... About Mao... He had a lot of people looking for you after you were gone. He said that you still had to be alive... You're finally back, but Mao is...

Annie pours herself another glass.

ANNIE: This is for Mao!

Spike takes the glass and drinks it.

SPIKE: I'll take that one for Mao.

The Bebop. Spike opens the refrigerator, takes a gun and a bag of grenades.

The living room. Spike organizes. He aims his unloaded gun at Jet.

JET: What are you up to now... to need something like THAT?

JET: She lost sanity looking at the bounty figure and took off. Right now she's probably somewhere, screwing up. 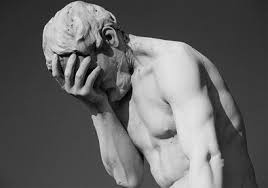 JET: I'll tell you something. You won't get the bounty for Mao. He's already dead. He was killed. Internal discord. Do you understand? This is a trap! I'm sure of it.

SPIKE: Yeah. I know all that.

SPIKE: I owe him one from before...

JET: I'll tell you something, Spike. This arm. It's the price I paid for being over-spirited and running ahead of the game. You understand?

SPIKE: I don't wanna go, either.

SPIKE: Let's just say, duties of the life I live.

Faye calls the videophone. She is captured.

FAYE: Come to the place we specify. Otherwise, my life is over. So they say. Lesse... the time to meet is...

JET: It's because you did as you please.

JET: You reap what you sow. Take care of it all yourself.

Jet reaches over to hang up.

SPIKE: Where is it?

SPIKE: Don't worry. I'm not going there to save you.

An abandoned church. Spike enters. Vicious meets him in the aisle.

VICIOUS: Angels that are forced from heaven have to become demons. Isn't that right, Spike?

SPIKE: Don't be so anxious, Vicious. It's our first time meeting in a while, right? 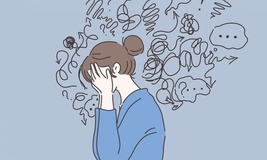 VICIOUS: A plea for your life?

A plea for your life：命乞いか？

SPIKE: Hardly. Something that doesn't work on you, remember? After all, you even kill those who've saved your life.

VICIOUS: He was a beast who lost his fangs. That's why he's dead. The same goes for you.

A thug holds Faye at gunpoint. Spike points his gun at him.

THUG: Now, we want you to drop your gun.

Spike shoots him in the head.

FAYE: Are ya tryin' to kill me?

A thug falls from a balcony right before Faye.

Spike runs up a flight of stairs, he shoots a thug at the top of the stairs. The thug shoots him in the gut.

The Bebop. Jet accidentally clips a large limb from one of his bonsai trees.

JET: Not my problem!

Jet hangs up. Jet stares at the fallen limb. 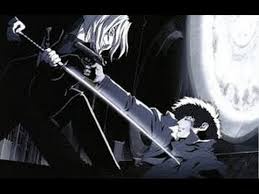 VICIOUS: Spike. Do you know what your face looks like right now?

VICIOUS: The same blood runs in you and me. The blood of a beast who wanders, desiring the blood of others.

SPIKE: I've bled all of that blood away.

VICIOUS: Then why are you still alive?

Spike out a stained glass window. Spike drops a grenade.

Memories of a blonde woman, a rainy street, gunfire, roses, a time of friendship, a bar scene, a gun pointed at the woman's head, Vicious in bed with the woman, a bloody smile, a red rose in a puddle.

An explosion from the stained glass window. Spike falls from the window.

Wandering down a street, a bloody Spike falls in front of the blonde woman.

The blonde woman hums. Spike regains consciousness. The woman stops humming. Spike is bandaged all over on her bed in her apartment.

FAYE: Oh, you're finally up. You've slept too much. It's been three days. What, I was worried about you. You have to be thankful to me.

Spike signals Faye to approach him. Faye puts her ear to his bandaged mouth.

Spike examines the card on his forehead. The ace of spades.

SPIKE: But you know what? What a tough world we live in nowadays...

JET: What are you talking about?

SPIKE: This guy, that guy... They're all trying to put a lid on something that stinks.

SPIKE: Can we let things go on like that?

JET: I'm asking you, what ARE you talking about?

SPIKE: With stuff like that, you can't see the truth!

SPIKE: So lids like that... I'll crush them all away! Next Episode: Sympathy for the Devil.

Next Session - SYMPATHY FOR THE DEVIL