A satellite in Earth space. 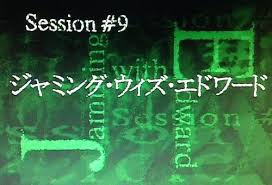 Earth. A child known as Ed lies on her back on a pile of ruins. 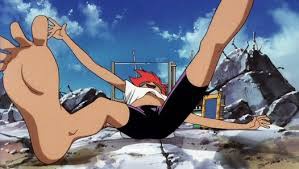 Ed surfs the Solar System Web and finds the Bebop.

TOM: Now it's time for today's news topics. Today, we'll discuss the mysterious land paintings that suddenly appeared in what was South America. As usual we have commentaries by a researcher of supernatural phenomena.

TOM: Yuuri, about these land paintings...

YUURI: Yes, yes. Well, I believe that is was some sort of a message.

YUURI: Aliens! It has to be from aliens!

TOM: However, the land paintings were drawn by lasers coming from satellites. The police think it was a prank pulled by a hacker who got into the satellite. They already have a bounty of 8 million Woolongs on the culprit.

YUURI: Listen carefully. The bounty of 8 million is a conspiracy of the government. Even if it WAS drawn by a laser, there IS the possibility that aliens put a message into the brain of that hacker. Once again, the government is hiding something from us.

YUURI: Yes! And THAT is the mystery that I have been searching for all this time!

Earth. Edward dances in the sunset.

SPIKE: I'll pass on this one after all.

JET: You're leaving me alone with her?

SPIKE: Nothing wrong with it. She's gung-ho about it.

JET: I'm not the type to be led around by women.

SPIKE: Then lead HER around.

JET: I'm even less the type to do that.

FAYE: It's easier to divide 8 million between two than three.

FAYE: Guys cheap enough to hack into things are depressed pale fatsos with glasses. And I'm sure he's a demented otaku with smelly feet. Piece of cake!

JET: Do you have something against someone like that? I mean, they might've all been like that when you were young...

FAYE: You're saying I look older than you?

JET: You can't tell a woman's age just by looking at her.

FAYE: Exactly. You can't tell just by looking that I can do things like this.

JET: That's ALL I know of you.

SPIKE: I'll be waiting for a souvenir from Earth.

JET: There's nothing made on Earth that's good.

ANCHOR: Well, about this incident, apparently, a pretty old artificial satellite has been hacked into. The investigation is taking longer than expected because the access code to that satellite has been long lost. Now, a commentary from Mr. Amjad.

ANCHOR: About the relationship between Earth and the hacker-

AMJAD: Yes. Since the gate accident 50 years ago, the people of Earth have migrated underground as a result. To them, the "space network" created by computers is necessary for them to stay in contact with those living in space. 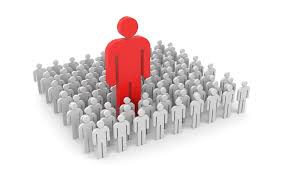 Earth. Ed flies a homemade model of the Bebop with a handheld device. A police ship lands outside. The shockwave sends Ed into a pile of junk. Policemen kick down the door.

POLICEMAN A: Radical Edward! It's the police! Come out!

Ed emerges from the pile of junk.

POLICEMAN B: What? What's wrong?

POLICEMAN A: I saw it!

Ed takes control of the police ship with her handheld device. The ship starts up and lifts off the ground.

POLICEMAN A: There's nobody in there!

The policemen rush to the window.

Ed flies the ship in playful formations and accidentally crashes it.

The Bebop lands in Earth water. A map of Earth's satellite orbits is displayed in the control room.

FAYE: Okay. This is where the satellite was when it was hacked. This is where it could be accessed from. I'll look at all the antennae that can transmit light signals one by one.

JET: I'll ask around for info on any prominent hackers in the area. 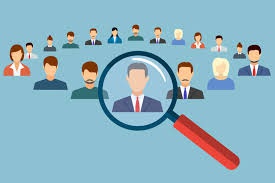 Hammerhead and Red Tail take off.

The Bebop. Living room. A yellow cartoon face zooms around the monitor. Ein hops onto the table and barks it. The face laughs and scares Ein away.

ED: Satellite of long, long ago, where in the world is your access code?

Hammerhead and Red Tail on Earth.

FAYE: Okay. Let's start with all the antennae that are currently communicating...

The Red Tail's monitor displays dozens upon dozens of transmitters.

OLD MAN: No, no, that hacker is a child. A brat that loves horrible pranks, I hear.

WOMAN: Oh, what I heard from the lady next door is that that hacker is gay.

KID: Hacker? You mean Ed? He's an alien! That's what everyone says!

KID: Hey, man! Can you buy some of this as the price for the info?

JET: What is that?

KID: You don't know? It's "Piyoko," a well-known specialty of Earth!

ED: The stolen satellites... Where are you?

Ed finds the satellite and hacks into it.

ED: Huh? What's this? The information isn't connected to Earth... It's connected only between satellites. And nobody hacked into it...

SATELLITE: Who, you? Here, always.

SATELLITE: I am the satellite control program on the D-135 artificial satellite.

ED: What's that? Don't you have a nickname? Then Ed will give you one. I know! Because you're a computer, you can be MPU! MPU! Cool name!

Back on the Bebop. Jet places a Piyoko on the living room table.

JET: Here. A souvenir from Earth.

SPIKE: Is this food?

FAYE: It makes me doubt that they have any sense.

JET: Unlike you, I learned some information. They said that an unknown hacker named Radical Edward is the suspicious one.

FAYE: It doesn't mean anything if he's unknown.

Spike feeds the Piyoko to Ein.

FAYE: What kinda thing is it?

Faye reaches for the Piyokos. Jet takes the box away.

JET: 2 meters tall. Ex-basketball player. Beautiful kid. And on top of it, a gay alien.

ED: Why did you doodle on Earth?

MPU: Long, long ago, long before the Gate Accident, Earth was a beautiful planet where many people lived. And back then on Earth, there were many pictures like this, and I always looked at them. I remembered those times and I tried to recreate at least the pictures.

ED: I see, doodles like this were on Earth long ago, too.

MPU: Yes. I recreated them with a 2% margin of error.

ED: MPU is good at drawing. Can Ed draw something too?

MPU: This is... The police are putting out a jamming signal...

The Bebop. The monitor indicates Ed's connection to the satellite is jammed.

JET: Looks like the cops touched base with Radical Edward as well.

The monitor flashes and displays Ed.

ED: Listen! I found your bounty!

ED: Bebop! The real culprit in the satellite-jacking wasn't a hacker!

SPIKE: Since when do we have an interactive channel?

FAYE: Who is this kid?

FAYE: Wait a minute, what is MPU?

SPIKE: Hey, do you know Ed?

ED: Yeah, because Ed is Ed.

FAYE: I don't care about that. Who did it?

FAYE: A favor? Yeah, yeah. Yer big sister will listen to ya later. Come on, hurry it up.

JET: I see. The AI from the abandoned satellite is doodling of its own will.

JET: And on top of that, it was supposedly listed as a weather satellite so nobody suspected anything.

FAYE: Then this satellite is our bounty?

ED: Since the access code to MPU can't be used anymore you need to go directly to the satellite.

ED: Break the antennae that it uses to communicate with the other satellites. Then make a  direct connection to the satellite, and download MPU. And when you do, don't use computer support for firing or flying.

JET: What? All manual?

ED: Yup. If it notices you, all the attack satellites connected to MPU will automatically fire back. Is this hard?

JET: It's not just hard, it's downright impossible. It's like playing baseball with no bat!

FAYE: Hey, wait, you, how do you know about us?

ED: I know everything. Last week, you let Ajiz, a bounty on Mars worth 1.5 million, get away... And in Pyortle before that, the police got to them first...

FAYE: Are you really that hacker Radical Edward?! 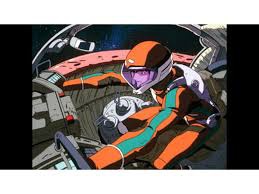 JET: Connect D-7 to #2. That way, the main cannon will fire without a computer.

JET: Now listen. Avoid using the missile if you can help it. It's expensive.

JET: 1200 to target. It's almost time to cut off computer controls. Now, the only chance...

SPIKE:  Once is enough.

The Bebop. Faye continues her chat with Ed.

FAYE: Anyway, you can prove that the satellite itself and not a hacker, is the bounty, right?

ED: Ed can do that. Anyway, please, listen to my favor. Then I'll give you all the bounty too.

FAYE: Did you get it?

SPIKE: No, I missed! The satellite in front of it shielded the blast!

Spike ignites the Swordfish. Lasers fire at him.

JET: Then, you have to shoot down all the satellites.

JET: If you don't, they'll shoot US down!

Spike fires a missile at a satellite. It completely misses.

JET: Cheap ones are no good after all...

JET: This is getting pointless.

ED: Approach to within 20 meters of MPU! That way, the other satellites can't attack!

ED: Until then, Faye will act as a decoy!

Swordfish stops right next to MPU.

FAYE: Come on, hurry up!

Spike connects a wire to MPU.

SPIKE: All right, it's all yours!

ED: They have a bounty on you, MPU.

ED: Yup, but if we copy you and let them catch that, you'll be all right.

ED: And you must be lonely there alone, MPU. If you come over here, there are lots of friends.

ANCHOR: And so, the strange end to this case. The captured criminal was the AI program for a spy satellite that was launched before the Earth was ruined. According to government sources from back then, it supposedly would continue activity on its own even without commands from Earth.

Earth. A police station. Spike and Jet walk out disappointed.

JET: Well, it was the perfect excuse for the cops to go on a hacker hunt. But anyway, why did it start doodling on the Earth with a laser all of a sudden?

SPIKE: I'm sure that was because it got lonely.

Ed jumps up and down on a rocky shore.

JET: But the kid is saying something about a promise...

FAYE: Promises are made to be broken. Anyway, let's get going! Liftoff!

The Bebop takes off.

ED: Not coming, not coming.

Ed takes control of the Bebop with the handheld device.

FAYE: What is this? What's going on?!

SPIKE: What did you promise?

The Bebop splashes down.

The Bebop. Big Shot is on the monitor.

PUNCH: AMIGO, all you bounty hunters!

JUDY: Of course! It had a big bounty on it!

PUNCH: Just a few moments ago, the Earth police made an official report.

JUDY: What was it?

PUNCH: Let's see. "This bounty is only for when humans or other life-forms are the targets. It is difficult to determine whether or not a computer program is a life-form. To begin with, from the viewpoint of biological logistics..."

PUNCH: In other words, they can't pay up on non-living things!

JUDY: Oh, my! To those who caught it, I feel sorry for you!

Jet turns off the monitor.

SPIKE: Hey, Jet, did you know that there are three things that I hate?

SPIKE: Don't give me that! Why do we have all three neatly gathered here?!

JET: And once again we didn't get any bounty...

FAYE: No regrets about the woman who ran away but a small thorn still pricks the heart. Letting one flow along with time itself, living all alone from that day to this. But to the sounds of waves that come and go, the migrating birds find their hearts drawn. Next episode:

"Ganymede Elegy." Jet Black will sing it up full of soul.